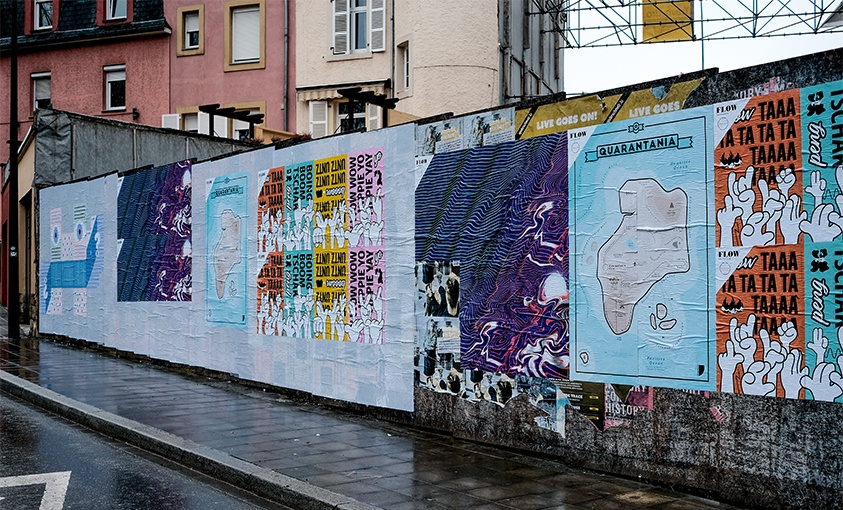 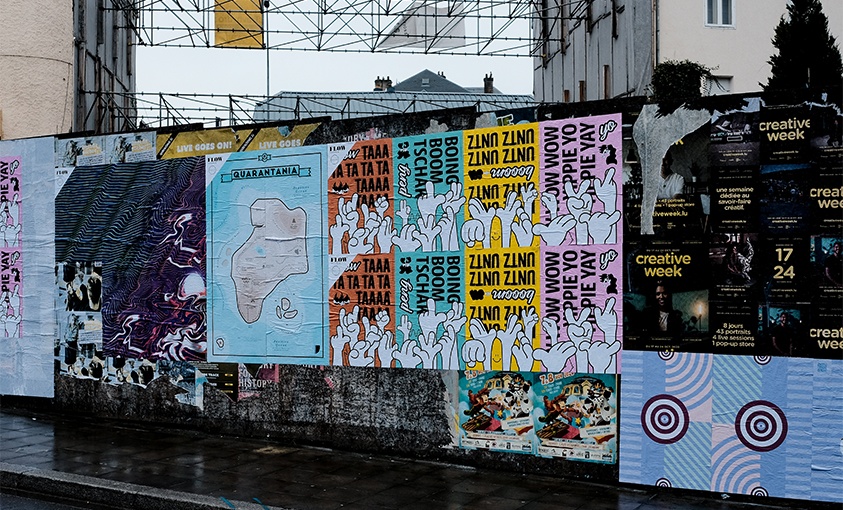 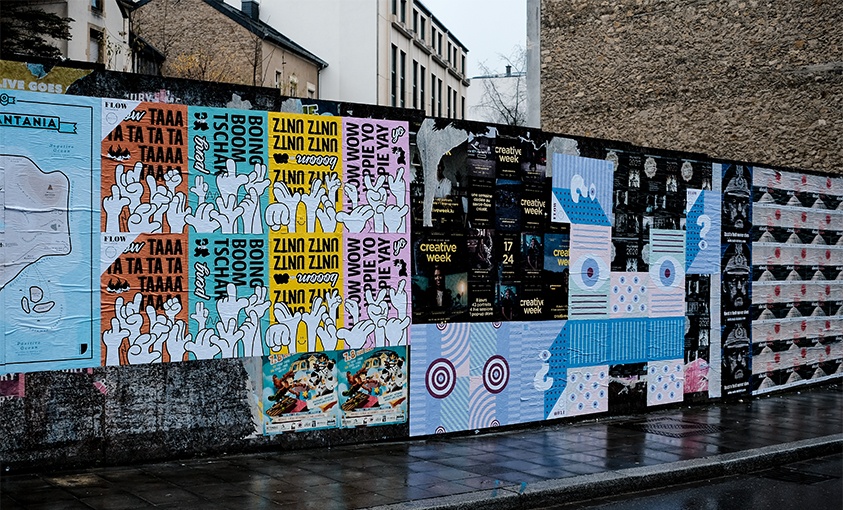 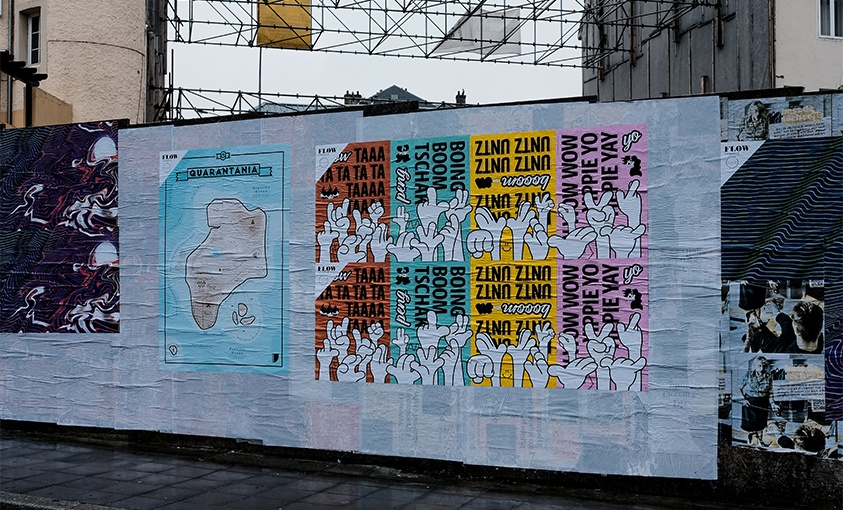 In such a special period, everyone has to adapt to an unprecedented continually changing situation. Currently closed to the public, Cercle Cité is keen to envisage other means of sharing visual creation and maintaining a certain contact with the public. The project entitled FLOW uses posters on fences to support independent Luxembourg graphic designers, offering them a familiar space for expression, but with a different creative option from commissions usually designed to communicate around an event – a way of giving them "the floor" in another context.

The title of the FLOW project is a reference to the movement and impermanence of the world, particularly in this period. Posters are characterised by a strong urban identity and enjoy high visibility, but they remain transient. They appear, flaunt their stuff (before passers-by and the elements) and disappear to leave room for the next one.