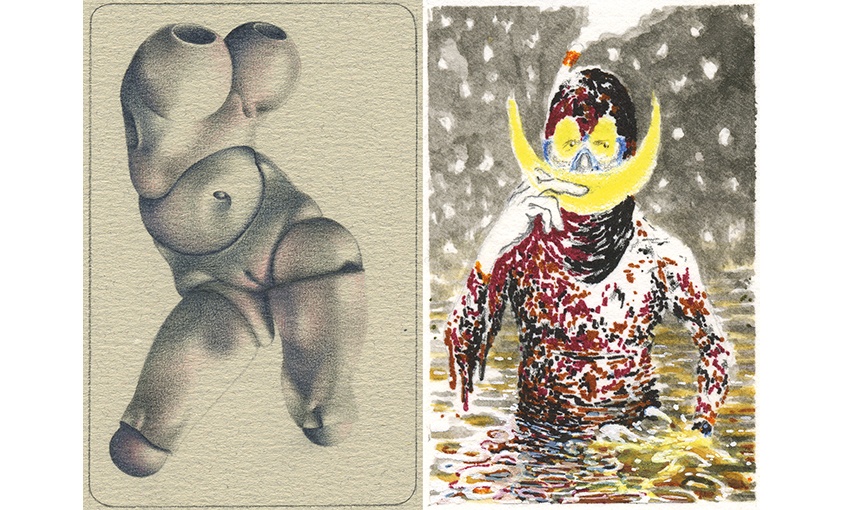 The 15th intervention has been entrusted to the artist duo Nina Tomàs & Filip Harna.

The drawings shown in this CeCiL’s BOX had initially been designed for a card game edition. The values and emblems of the classical 54 cards game are reinterpreted through the idea of a social scale. The numeral cards from 2 to 10, as well as the figures of the jack, queen and king have been replaced by categories of humans with increasing material wealth, installing a hierarchy of power through unequal wealth distribution. The ace, whose value can vary from weakest to strongest card depending on the game, has been placed above the king as representation of the sage who is in terms of riches the weakest, but humanly by far surpasses the power of the others.

With a playful and ironic intention, our aim was to create a card game accessible to all in its usefulness, but ultimately leading to a reflection on the repartition of contemporary social groups and, through its imagery, would tackle inevitable problematics. The game allows every player to recognize themselves in the represented figures, and to have a means of interaction within the established social system.