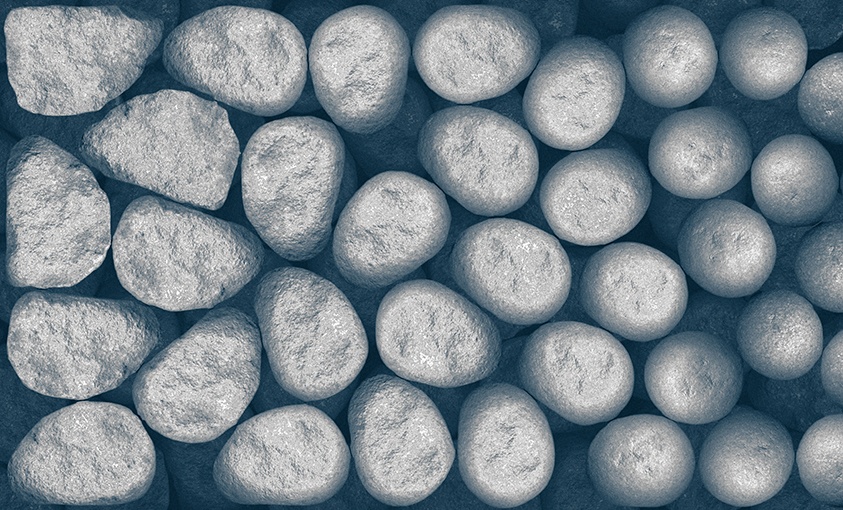 Élisée Reclus commenced his histoire d'un ruisseau (History of a Stream) in 1869 by comparing it to the history of infinity. Today, these words are shrouded in doubt, with the turbulence of the world creating a tension between them. On a certain level, it is this tension that inspires the exhibition.

Hands that sift water and are wrinkled in turn by the water. Hands that grasp a stone or two and roll them like a torrent, from the cupped palms to the fingertips. Phalanges actively sculpting by attrition, slowly wearing away by touching, fashioning the shingle but which are also fashioned by it as it thickens the skin and hones the gesture.

Between water and stone, learning the work of streams like a little absurdity and like an almost plausible narrative; just as hand-pollination is currently practiced in China. Undertaking the work of streams with ambiguity, like setting about a neo dead-end job or engaging with a desirable alternative, catching one's breath on the riverbank, on the crest of the racing world. In the simplicity of one or two gestures, the exhibition is thus about this damaged world, work that inflicts violence and is violent to the worker, and perhaps about the delightful, recharged murmur of a breakaway.

We invite you to meet-up with the artist in front of the CeCiL's Box on Thursday October 13 at 12 p.m.