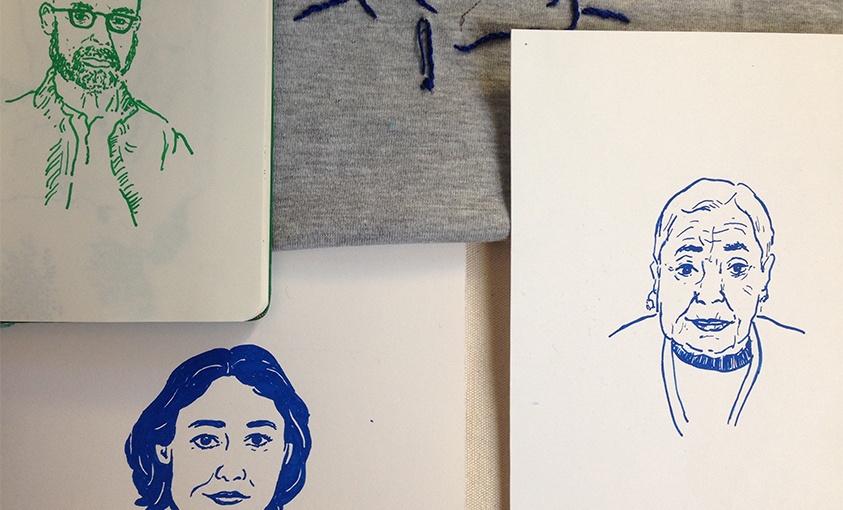 Lucie Majerus’ project portrays the city of Luxembourg through a collection of its inhabitant’s faces, drawn on the spot during sketching sessions in the public space, notably at the Cité Library or at the city’s train station. By collecting people’s portraits over time, this compilation becomes a snapshot of the city itself. In contrast with our accelerating modern way of living, a part of these portraits are meticulously embroidered by hand. Over time, different layers of this installation will mutate, reflecting the diversity and evolution of the city’s inhabitants.