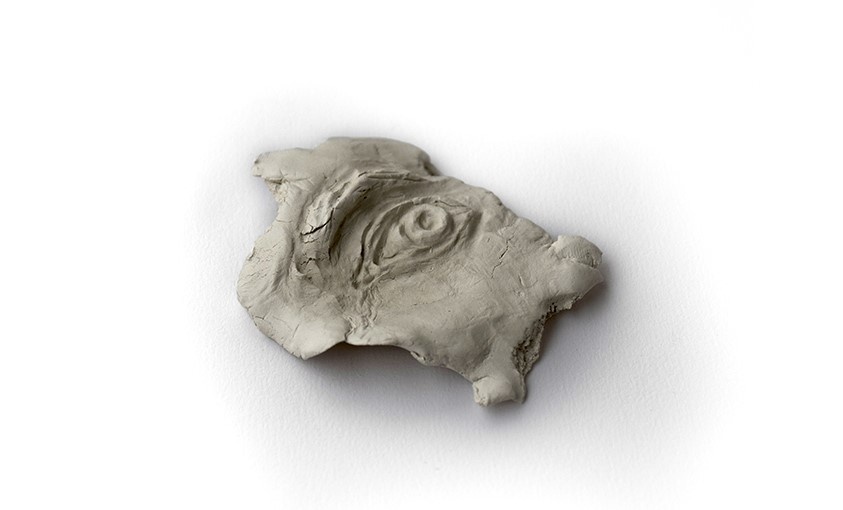 
Mechanical Eye is an installation thematising the impossibility of establishing a mutual gaze in the setting of online video calls, due to the vertical disparity between the position of a webcam and the user’s eyes. Either both users look at the screen and thus their eyes can never meet, or one stares obliviously into the void of the lens to let the other embrace the gaze. But what if both decided to look into the lens, would their eyes meet? The installation renders this interaction visible. The viewer witnesses the mutual gaze between two sculptures through the cameras, which, without a third observer, would remain blind and without testimony. A perspective on the disjointed mediation between traditional sculpture and digital objects, humans and technology, eye and mechanical eye.

Lynn Klemmer is a multimedia artist working with video, sound, textiles, sculpture and digital tools. Her practice attempts to approach the margins deﬁning and differentiating concepts, media and atmospheres, and to tentatively push beyond them. Lines become blurred and new perspectives arise; clear demarcations pass into intricate networks, in which no single point can exist without reference to its relations. Lingering at this crossing, the artist seeks to create an audiovisual space for thinking and sensing the possibility of hybrid realities.

As an alternative to the usual opening, we invite you to meet-up with the artist in front of the CeCiL's Box on Thursday 28th January at 12:00.