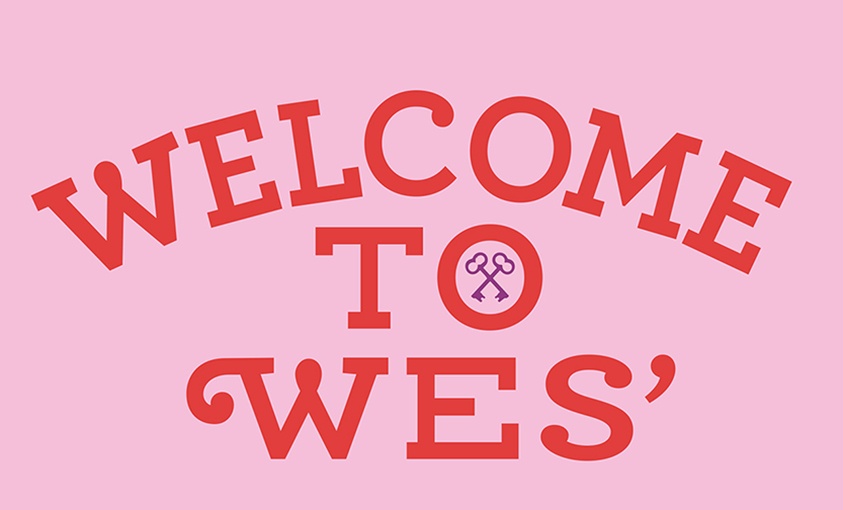 There is no need to know his films like the back of your hand or to be a discerning cinema-lover to identify a shot from one of Wes Anderson's films.

His filmography is characterised by motifs, penchants and even stylistic obsessions, an exploration of a diversity of universes lined up like many stones from one and the same edifice.

The resulting formal skill, combined with a very personal vision of the world, distinguish Wes Anderson's work in the film industry today and contribute to his films integrating the 'auteur' film genre.

However, with his 8th film, The Grand Budapest Hotel, Wes

Anderson fulfilled an extraordinary objective: to attract the public in conjunction with

So how do we really spot a film by Wes Anderson?

Drawing on the codes of the grand hotel in his latest opus, the WELCOME TO WES' exhibition welcomes visitors and proposes a 10-step visit, 10 keys to understanding, and many doors into the fantastic world of Mr. Wes Anderson...