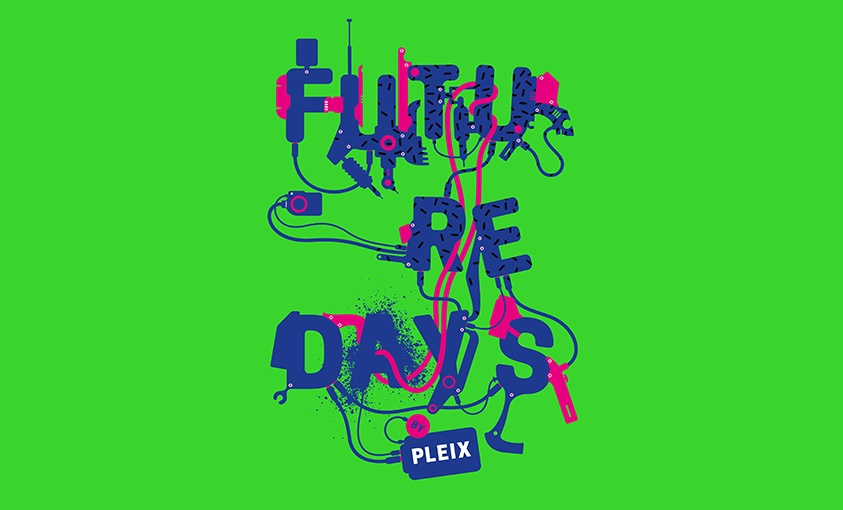 Add to calendar
Formed In 2001, PLEIX was born out of a meeting between seven artists with different visions but with a desire to come together to mix complimentary approaches and draw on each other's inspiration. Their work uses creative media, video and electronic music to deliberately misappropriate our surroundings so as to better understand them. Fortunate accidents and the small contradictions of life, are the ready-made meals with which the digital collective Pleix likes to feed itself.

From the advertising world, Pleix examines our time's contradictions in a playful and symbolic way, and reveals its subliminal messages.

On view on their website Pleix.net, their creations are regularly shown in contemporary art galleries, including the Centre Pompidou, the Grand Palais or the Gaîté lyrique in Paris, the Ferme du Buisson (Noisel), the the Modern Art Museum of San Francisco, the Tokyo Museum of Photography, the MU (Eindhoven)... but Pleix, also comfortable in the avant-garde , has also successfully established itself on numerous film events. They have participated in festivals such as Onedotzero, Restfest, Nemo, the Clermont-Ferrand International Short Film Festival or, in 2015, at the prestigious Sundance Film Festival (Utah). Their work have accumulated numerous awards over the last years.


Pleix's installations revolve around the loneliness of the human being and rail against overconsumption. Their leitmotiv could be what HG Wells called " An Experiment in Prophecy".Humans, in perpetual quest of pleasure, accumulate ceaselessly a growing number of all kinds of objects. This overconsumption affects everyday life, as well as food as and leisure, in a more and more dehumanized though growing society, where even people remain desperately alone.


8 artworks by PLEIX will be on display at the Cercle Cité in Luxembourg :
Watercool, Family Shade, Hybrid, Hot Spot (2 videos), Paradise, Astral Body Church and a new installation specifically created for the Cercle Cité Luxembourg, within the framework of Luxembourg City Film Festival (25.02 - 06.03.2016)